XI’AN, Sept. 19 (Xinhua) – From the first edition in 1959 to the 14th in 2021, the National Games of China, the country’s largest multi-sport event, witnessed the meteoric development of the sports industry in China over the years. .

Here are a few things you may not know about the National Games.

Renowned Chinese epidemiologist Zhong Nanshan received the Republic Medal, China’s highest state honor, in recognition of his courage in facing the disease and leading the compilation of coronavirus diagnosis and treatment plans.

In addition to being an expert in respiratory diseases, Zhong was also an athlete who competed in the first National Games in Beijing in 1959. Zhong, then a medical student at Peking University, competed in the men’s 400m hurdles and a broke the national record with a time of 54.02 seconds.

Zhong could have stayed in the Beijing team as a professional athlete. But after careful consideration, he decided to continue his studies in medical school and became the man he is today.

SQUARE DANCE AT ITS BEST

Square dancing, known in Chinese as Guangchang Wu, is a popular physical activity with middle-aged and retired women, who perform simple, natural movements to musical accompaniment in open spaces in cities.

Since it requires very little skill or physical condition to begin with, square dancing is a popular form of exercise in China for millions of people of all ages and genders.

Echoing the theme of “Games for All, Together in Spirit and Action”, the 14th National Games not only feature sports and events for elite athletes, but 19 events for ordinary people to bring showcasing their athletic skills and enthusiasm.

Just like square dancing, basic physical activities such as broadcast gymnastics and tai chi have also been added to Xi’an and have made their way into China’s best all-around sporting events.

The square dance competition, attracting hundreds of dance troupes from across the country, ended before the opening ceremony.

For international sports competitions such as the Olympic Games, the organizing committees usually publish the medal tally for information purposes. However, the medal count is more often used as a tool to explain the world beyond the sport itself.

The Chinese National Games also published their medal tally ahead of the last edition in Tianjin in 2017.

In order to reflect a different take on the ‘win or lose’ mentality and to focus on the pure nature of the sport, as of 2015, national competitions tend to only announce the results of the competition rather than setting up one. counting of medals.

A HALF GOLD MEDAL?

In order to balance the sporting strength of the different regions, “the exchange of athletes” has become one of the characteristics of the National Games since the 8th edition in 1997.

Teams voluntarily send athletes to compete for other regions. Once an exchange athlete has won a medal, the team they currently represent and the team they originally registered with will each receive 50 percent of the medal and points, resulting in in a “half-gold medal”.

The original intention of the “athlete exchange” mechanism is to ensure a reasonable, orderly and open flow of talent so that more athletes can have the chance to compete.

But in the implementation process, it also led to loopholes and problems in the rules. After several reforms and the cancellation of the medal count, the “half-gold” no longer exists.

Bearing the name of “United Team”, certain Olympic teams and pairs can once again compete together at the National Games.

In the case of team events, if Olympic athletes return to their provincial teams as usual after their quarantine and then join the national team, the team chemistry could be greatly affected.

As a result, teams like women’s football, women’s basketball and shooting have all decided to compete as a “one team” that includes the entire Olympic team.

Olympic gold medalists Yang Qian and Yang Haoran were once again able to team up to win gold in the mixed 10m air rifle team at the National Games.

World champions Xu Xin and Liu Shiwen, who won a silver medal in Tokyo, will compete as the only “united team” in the mixed doubles table tennis. 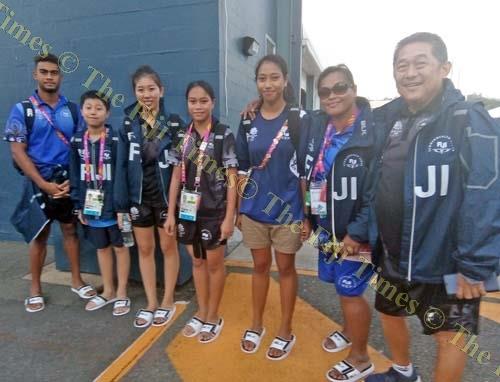