England’s form may not have been the best of late and they are far from favorites to win this World Cup. But as someone who has had the honor of playing and scoring for England in the biggest tournament and playing in a World Cup semi-final, I know this England team has the strength and the ability to do well, and even to win in Qatar.

The mix of experience and youth in Gareth Southgate’s squad is essential. This mix of players who have been there and achieved things – like the group that reached the 2018 semi-final and the Euro 2020 final – with the rising stars is enticing.

I hate picking individuals, but Jude Bellingham epitomizes potential: just 19 but hugely talented, successful at Dortmund and someone who can play a big role for England.

There are 11 players in the squad aged 25 or younger, from Bukayo Saka at 21 and Phil Foden at 22 to Marcus Rashford at 25. There’s some wonderful talent there and I think this England side can go all the way if things go as planned.

There’s an argument about being too dependent on Harry Kane for goals. Harry is the talisman and scores a lot. But there are others more than capable of participating, whether it’s Marcus or Phil or Raz. [Sterling] among others.

Getting out of the group stage is the first hurdle and it won’t necessarily be as easy as some think. Group B is the only group where all four nations – England, USA, Iran and Wales – are currently in the top 20 of the world rankings.

But I believe England will and anything can happen in a tournament as confidence grows. A potential series of knockout rounds that could mean England must beat Senegal, France, Spain and Brazil to lift the trophy looks daunting. Of course it is! But Gareth has a plan, like he did when we reached the World Cup semi-final four years ago, and I believe in it. 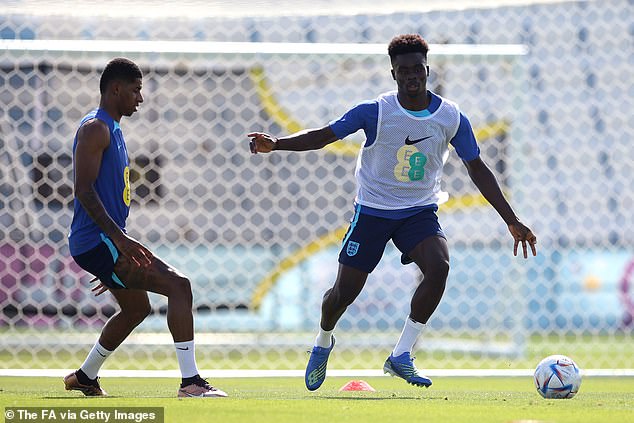 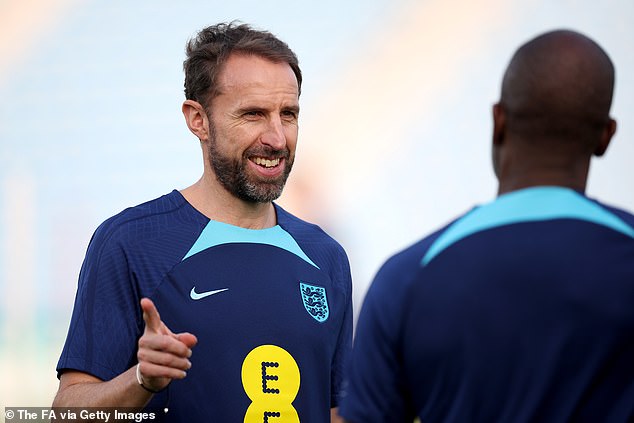 I know from experience in 2018 what kind of atmosphere he will create in Qatar. It will focus on families and connections. My mum and dad, my brother and my best friend were all able to come and visit us in 2018 and that was important. The families of other players did the same. It was an inclusive and relaxed environment.

Everything we could possibly need in 2018 was provided, from basketball to the pool – and those unicorn lilos! — table tennis and spending time with the people who matter most to us.

Gareth is at the heart of that – he’s brilliant. I was with him in the under-21s and he had a confidence in me that helped me a lot. Steve Holland, its assistant manager, is also an important figure.

Those opportunities don’t come around often for most players – the chance to win a World Cup. Being in Russia was definitely the highlight of my career and reaching a semi-final that we could have won. 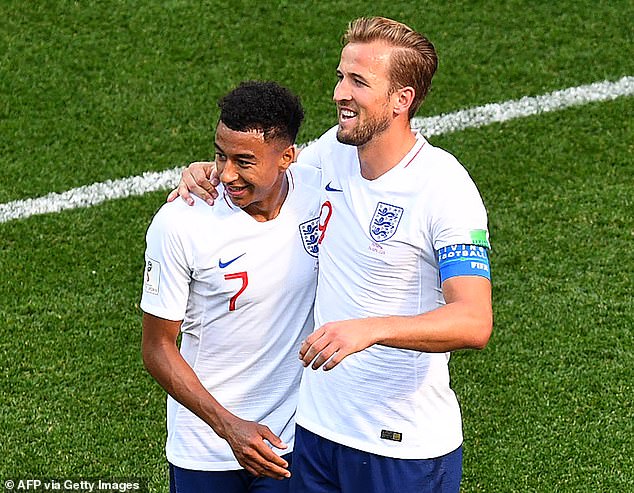 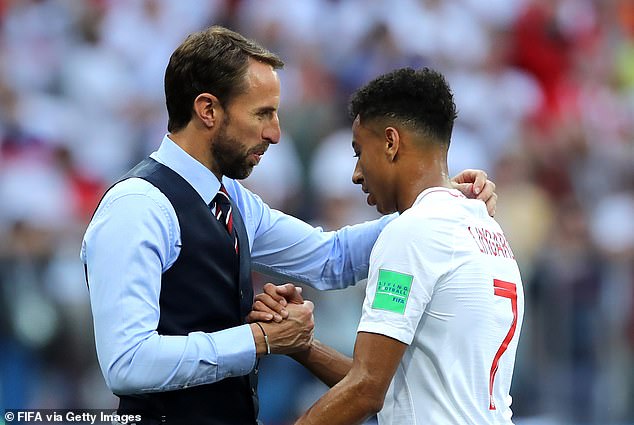 We could have won the semi-final against Croatia, but in the end we failed terribly

At the time, I didn’t really see the tournament and these games as huge games: you focus on the next game, another “normal” game, so you don’t get overwhelmed. It’s when you look back that you really appreciate what a momentous occasion it is.

Only a few dozen English footballers have played in a World Cup semi-final and less than 50 have scored a goal in a World Cup final. I have the privilege of having done both.

If England don’t win the tournament, there are obvious contenders who could, not least Brazil with their wealth of attacking talent. There are also Argentina and Portugal and these three have world icons who can win games and who may be playing their last World Cup: Neymar, Lionel Messi and Cristiano Ronaldo. 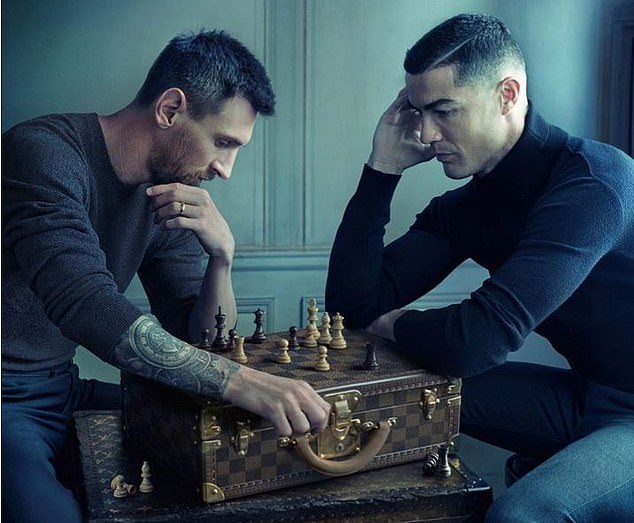 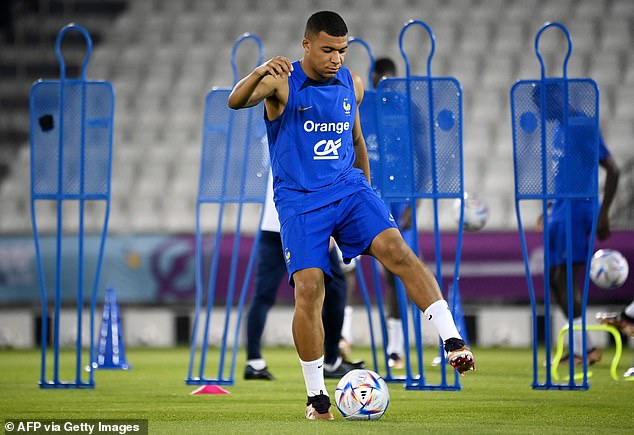 And that’s before we get to France and their striking options including Kylian Mbappe and Karim Benzema. They have scored 65 international goals between them and there are two other players in their squad – Olivier Giroud and Antoine Griezmann – who both have over 40 goals each!

I’m lucky to have played with or against some of the best footballers in the world, from Ronaldo to Messi to Neymar. What they can do at any time is, frankly, just stupid. I saw it up close.

What I hope to see from England over the next few weeks is Gareth’s side reaching their huge potential in the biggest event in world sport.

Hosting the World Cup in Qatar has sparked a controversy that everyone is aware of. The decision to stage it there was made when I was a kid, a few weeks after I turned 18, by people who, for the most part, are no longer involved in football. It’s been talked about a lot, but I have two main observations. 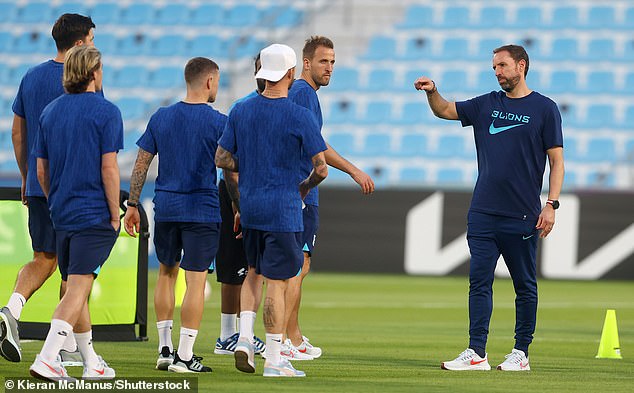 If England play to their potential, they have a chance of going all the way in the tournament

Firstly, it’s obviously different to have a World Cup in winter, in the middle of the domestic season. As a Nottingham Forest player, it’s annoying that this happened as we were gaining momentum.

But strange things happen all the time in football and as a player you adapt. Ask any player if they want to take part in this World Cup and the vast majority will tell you to win.

Secondly, football is a global game and if you decide that the World Cup cannot be held in the Middle East or the Arab world because it is too hot, you are depriving over 400 million people in that region of this opportunity to host the biggest event. It’s too hot in the summer, so it’s winter and everyone in Qatar will be fine.

VICTORY IN SWEDEN MEANT EVERYTHING TO ME

If there was one moment during the 2018 World Cup in Russia that meant a lot to me at the time – and not just in retrospect – it was during the anthem before our quarter-final.

We were playing Sweden in Samara, and we won 2-0 to reach the semi-final for only the third time in England’s history after 1966 and 1990.

But it wasn’t the game that was the most special, it was that my mom, Kirsty, was there. She had to deal with clinical depression all her life and was hospitalized for it. I talk about that and my own mental health issues in a new documentary for All 4. 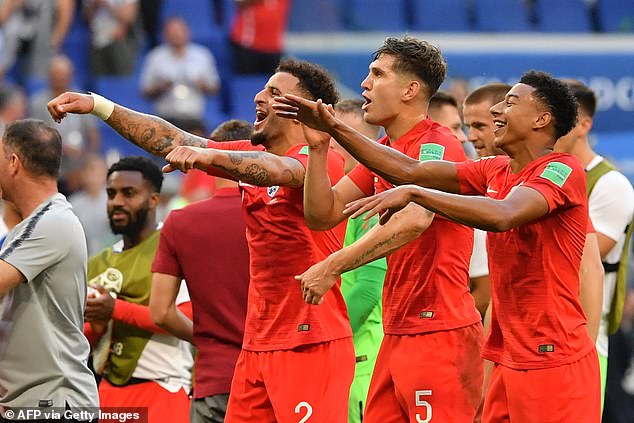 Depression is a dark and lonely place. I asked for help and got it from Manchester United and Ole Gunnar Solskjaer after the 2018 World Cup.

My mother had a particularly difficult time when she was in Russia to support me. On her bad days, she couldn’t do anything.

During the anthem, I spotted her in the crowd. She had found the strength and determination to get out of bed and be there for me. Seeing her gave me goosebumps and a memory I will treasure forever.

I’ve had a break abroad and although you’d have to live on the moon not to know about Cristiano Ronaldo’s interview with Piers Morgan, I haven’t seen it yet.

I know Cristiano personally and I can only share my experience. He is one of the greatest of all time and can still put on performances that make him one of the best in the world.

He was an inspiration and a role model for me. I learned so much from him about how to do well on and off the pitch. He’s a top guy and a top professional: first in training and last out and always in the gym. He inspired me and others who know him. His standards are so high and he has definitely helped me improve. 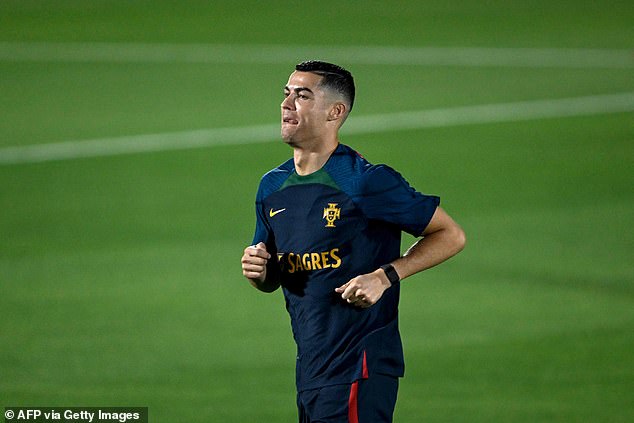 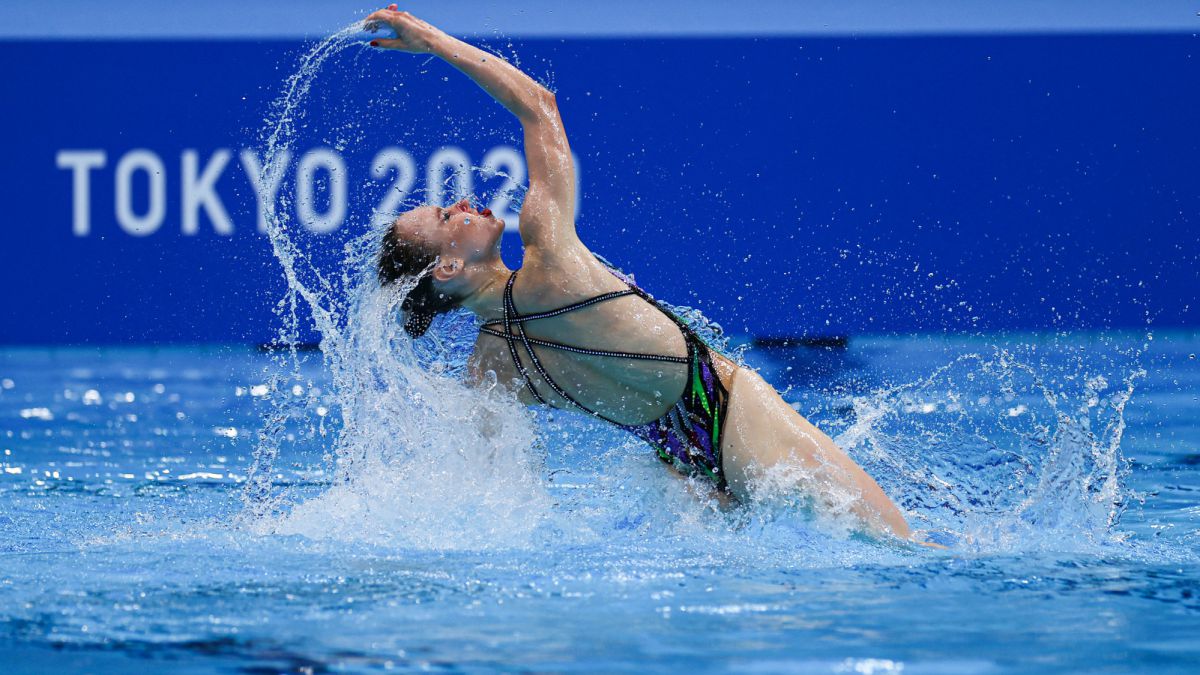 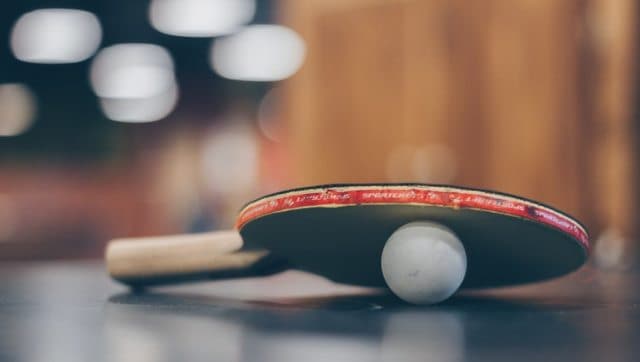 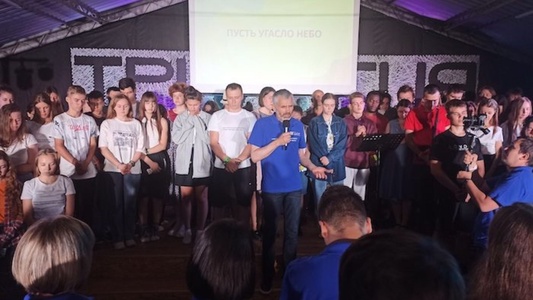 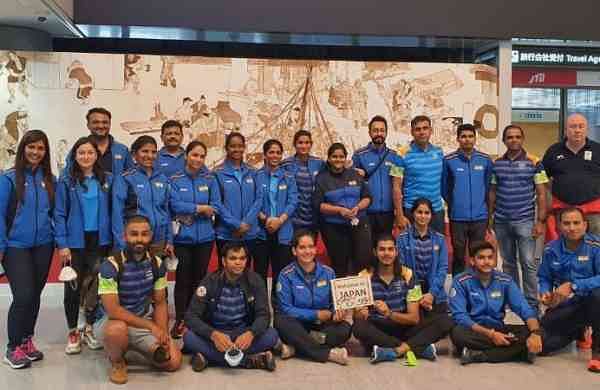 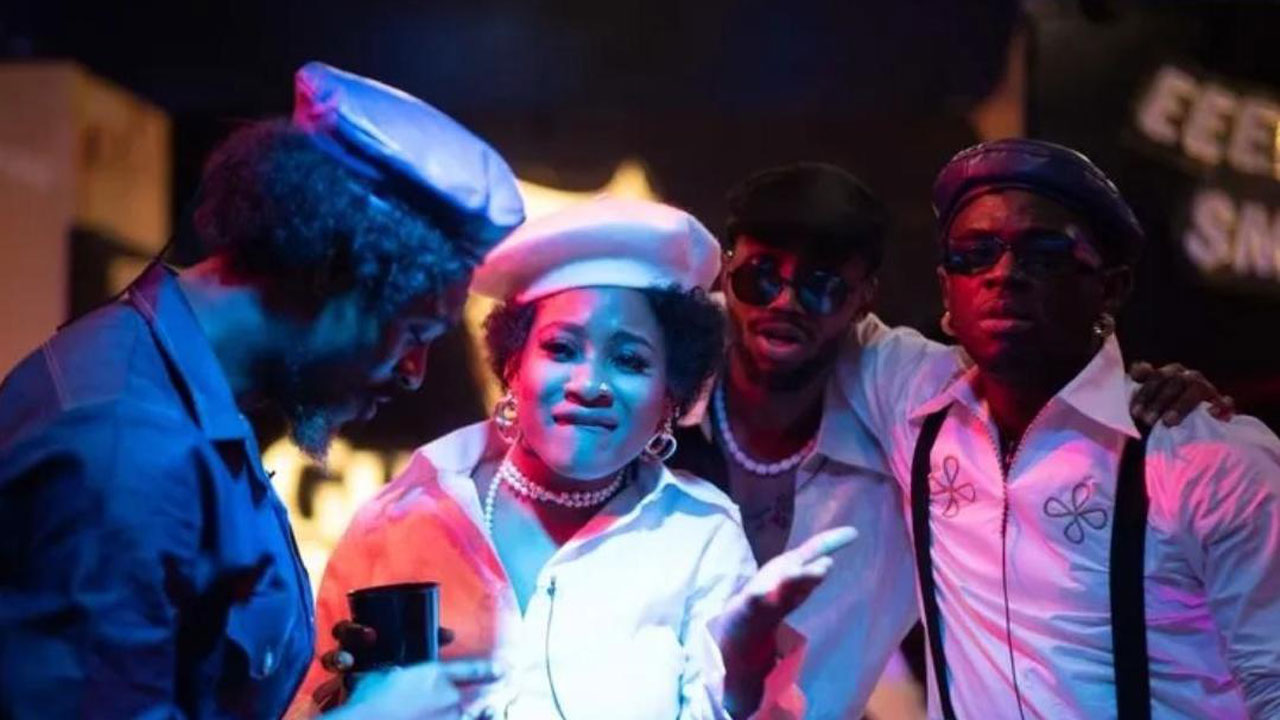 BBNaija: Phyna rules as the heat gets hotter in Biggie’s house | The Guardian Nigeria News