Editor’s note: Amy Bass (@bassab1) is a professor of sports studies at Manhattanville College and the author of “One goal: one coach, one team and the game that brought a divided city together” and “Not the triumph but the struggle: the 1968 Olympics and the creation of the black athlete”, among other titles. The opinions expressed here are solely his own. Read more opinion on CNN.

News last week that a Russian court has confirmed The nine-year prison sentence of Brittney Griner, star of Phoenix Mercury, in a penal colony for drug trafficking came as no surprise to anyone. While Jake Sullivan, national security adviser to President Joe Biden, considered the call “another sham legal proceeding” and demanded that Griner “be released immediately,” the outcome continues to be put on hold as his legal team considers next steps.

Griner’s fate raises tough questions about women in sport. Would the public reaction to her situation or her fate itself be different, for example, if she were an NBA star and not a WNBA star? Does anyone dispute the reality that Griner would never have been to Russia, where she gets a star salary to play for UMMC Yekaterinburg, in the first place other than her gender and pay gap does it go with it?

Griner’s continued imprisonment in Russia is part of a barrage of headlines about dangerous situations for female athletes. While the circumstances may be very different, one thing remains the same: in different ways, in different places, female athletes are unsafe. And if sport cannot protect women who play, how can we expect society as a whole to do so?

Despite hazy details and little evidence, for example, when the stories emerged that Iranian mountaineer Elnaz Rekabi disappeared after competing in the Asian Continental Climbing Championships in Seoul without wearing a hijab was believed by many, with much speculation about his passport, cellphone and whereabouts.

The climber posted on Instagram that she made a mistake rushing to compete and didn’t want to climb without her hijab. After returning home several days later with her head covered in both a baseball cap and a balaclava, cheering crowds greeted her and the team.

But his fate remains a question mark among the wave of anti-government protests – “Woman, Life, Freedom” – led by women and girls (and increasingly men) following the death of 22-year-old Mahsa Amini, who was arrested by Iranian vice police for violation of hijab protocol. Some say since last week that Rekabi is under house arrest; others support that authorities forced her to apologize, noting subtle changes in her reasons for climbing without her hijab.

Peng later denied making the allegations, once in an interview conducted with her in the presence of Wang Kan, the chief of staff of the Chinese Olympic Committee. After pressure from the United Nations human rights office and an embargo from the Women’s Tennis Association, she reappeared, make an appearance during an event at the Beijing Winter Olympics alongside IOC President Thomas Bach.

The reactions to Rekabi and Peng show how we – global society – are so quickly realizing that women, especially those living under oppressive regimes that daily threaten their lives and freedoms, are not safe. Even in situations where they finally seem safe for, well, looks’ sake, many of us remain unsure. Why? Because we are right to be suspicious.

We see time and time again that instead of seeking to dismantle misogynistic systems, society, all too often, asks women to shoulder the burden of responsibility for the violence that befalls them. This sends a chilling message: You know this world isn’t safe and you haven’t done all you can to protect yourself.

The danger, of course, lies not only with the individual athlete, but can also be found in the systems that organize and govern sport. Last year, rreport on the National Women’s Soccer League in The Athletic by Meg Linehan alongside courageous testimonies from players Mana Shim and Sinead Farrelly led to the firing of Portland Thorns coach Paul Riley and the resignation of NWSL commissioner Lisa Baird.

But those consequences weren’t enough to undo the abuse revealed in devastating detail by the recently released 173-page Yates Report on the NWSL, a document commissioned by US Soccer following Riley’s dismissal and completed by the former prosecutor. Acting General of the United States. Sally Yates on behalf of the law firm King & Spalding.

From its opening pages – the table of contents is even hard to swallow with headings that include “systemic abuse”, “there was no way out”, “emotional manipulation” and “yet another monster” – the report, based on more than 200 interviewsdemonstrates that there has been little or no accountability or protection in the workplace for female professional footballers.

One of the key findings of the report is that whatever was exposed, when and by whom, what needed to happen for this to stop and (even better) to ensure it never happened again, would not happen. is not produced. Instead of creating even the most basic protections in the workplace, a “protective culture of ‘open secrets'” persisted, a culture similar to that discovered in American Gymnastics regarding predators – and criminals – behavior of Dr. Larry Nassar, who is now serving a life sentence. His longstanding lack of accountability was laid bare in congressional testimony of athletes including stars Simone Biles and Aly Raisman.

These stories – as vast and different as they are – speak to a deeper point. Sport is one of the most controlled areas of society. There are rules, officials, managers, owners, organizing bodies, coaches and fans who all watch, all observe, every movement of an athlete.

There are helmets and protective pads; doping tests to ensure fair play. And there are consequences for dangerous behavior – increased penalties for fouls deemed flagrant in the form of free throws, penalty kicks and power plays. A sliding tackle in football with cleats? Here’s a red card, don’t do it again. Elbowing someone in the face on the basketball court? Sit down.

In the United States, Title IX, which just turned 50, attempted to legislate gender equality in education and, by doing so, in sports. But while tremendous progress has been made, the seemingly endless examples indicate that the rules of the game, however fair and just they may seem, are not protecting these athletes. “We know that sport is a hostile space for women, in general,” said journalist Jessica Luther, author of “Unsportsmanlike Conduct: College Football and the Politics of Rape,” said me. “That their very existence in sport is still political because sport, in many ways, was not designed to include them.”

The lack of responsibility is well known to women but must take up more space, encourage more action, in society at large. That’s part of why so many of us can’t take our eyes off what might be in store for an Iranian rock climber, American basketball star, professional soccer player and so many others. If these elite athletes – the owners of these bodies that fly and hover, slam and kick, climb and jump, who work in a world full of rules, judges and spectators – are not safe, then what do we others, mere mortals, can we expect?

We can and should expect change, a revolution that leads to a safe space not just for female athletes, but for all women. As the Portland Thorns beat the current Kansas City for its historic third NWSL title On Saturday, fans at Audi Field held signs reading “Support the Players,” a mantra that applies both on and off the field.

Shim, for her part, who has already done so much in this effort, says she is up for the challenge. “For too long, leaders across the football ecosystem – including at US Soccer – have failed to take responsibility for protecting players,” she said when she announced her new position as chair of the new US Soccer Participant Safety Task Force. “But I believe in the ability to change… We need to find the root causes of the systemic failures in our sport and take action at all levels – from the youth game to the professional game.”

Previous Is digital changing the world of sport? 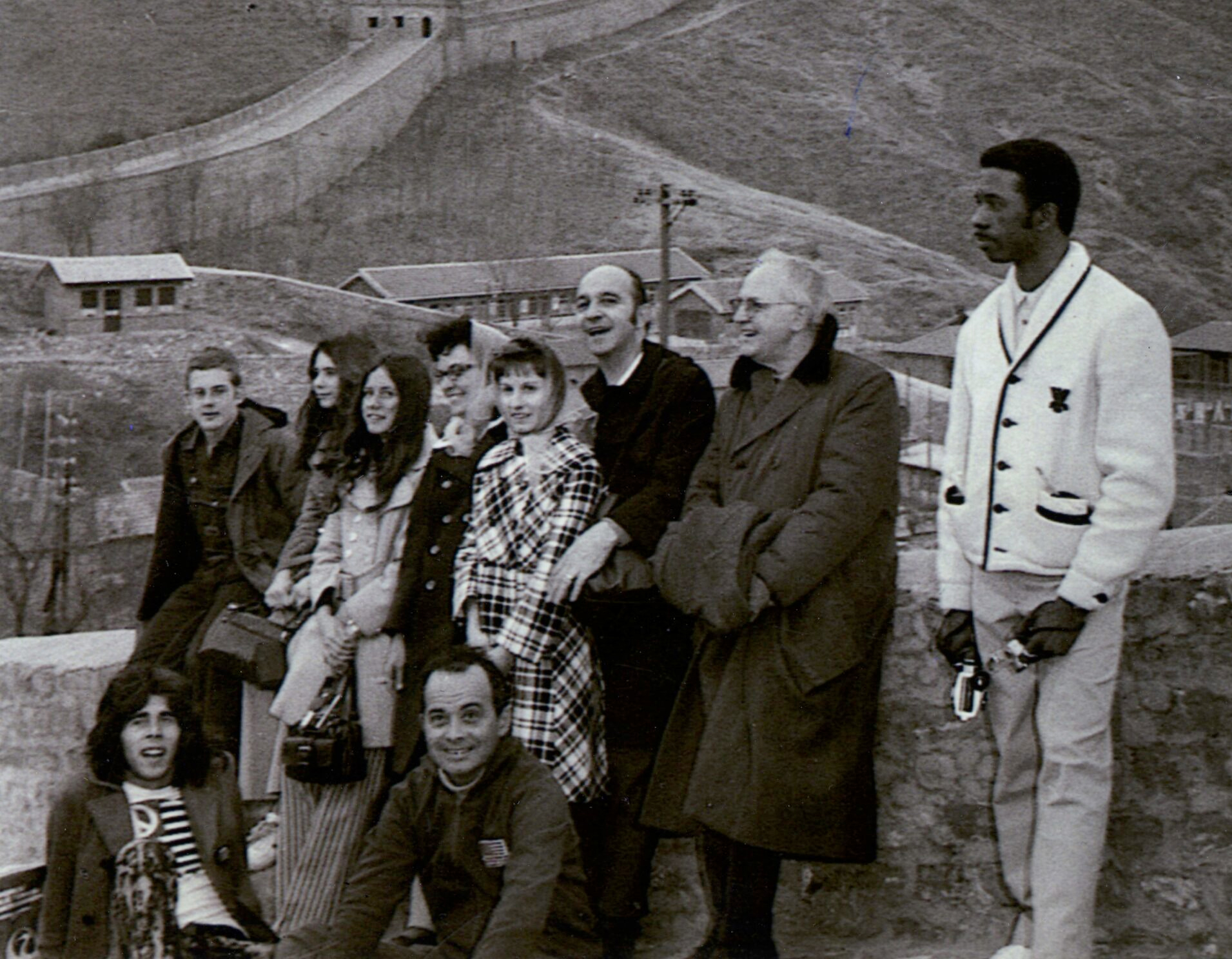 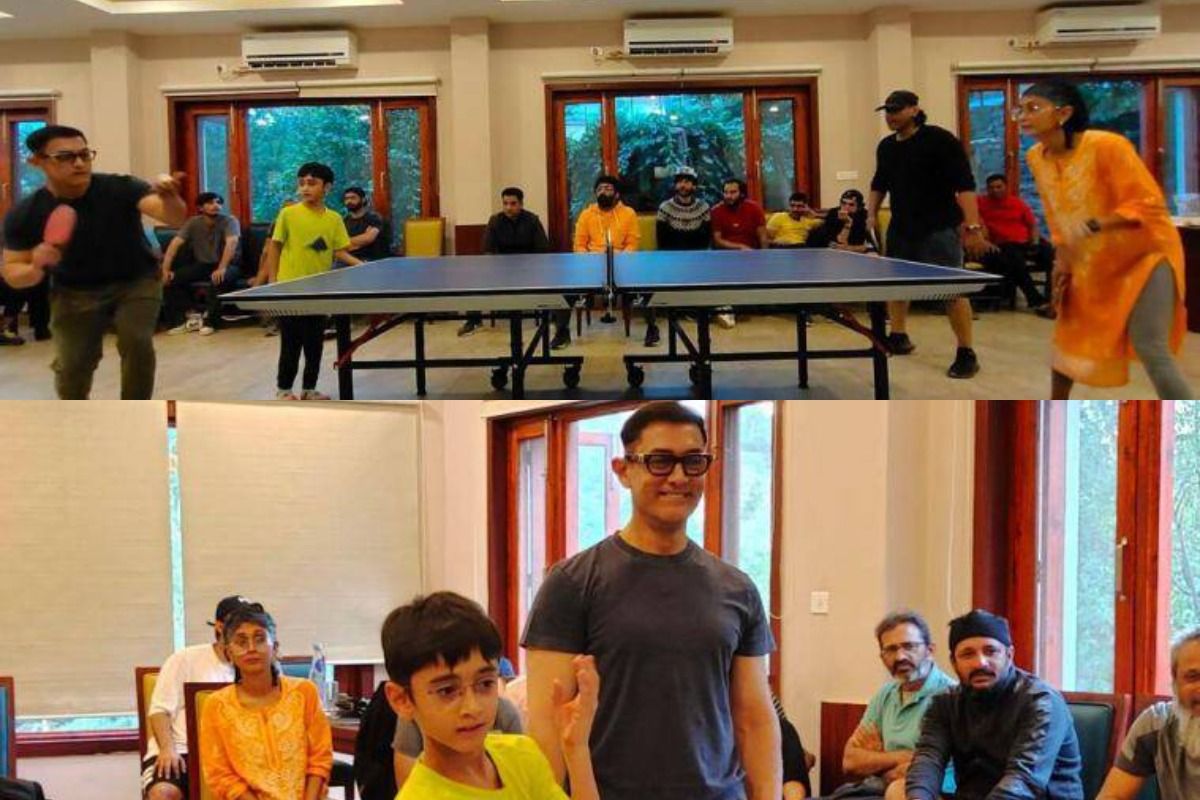 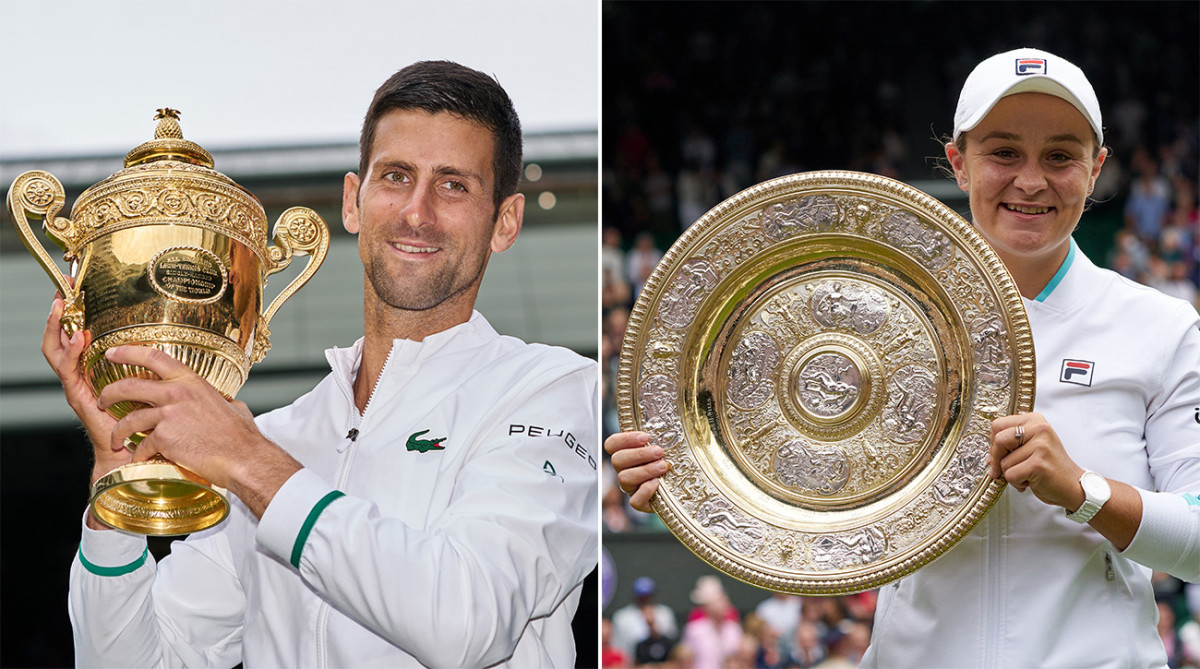 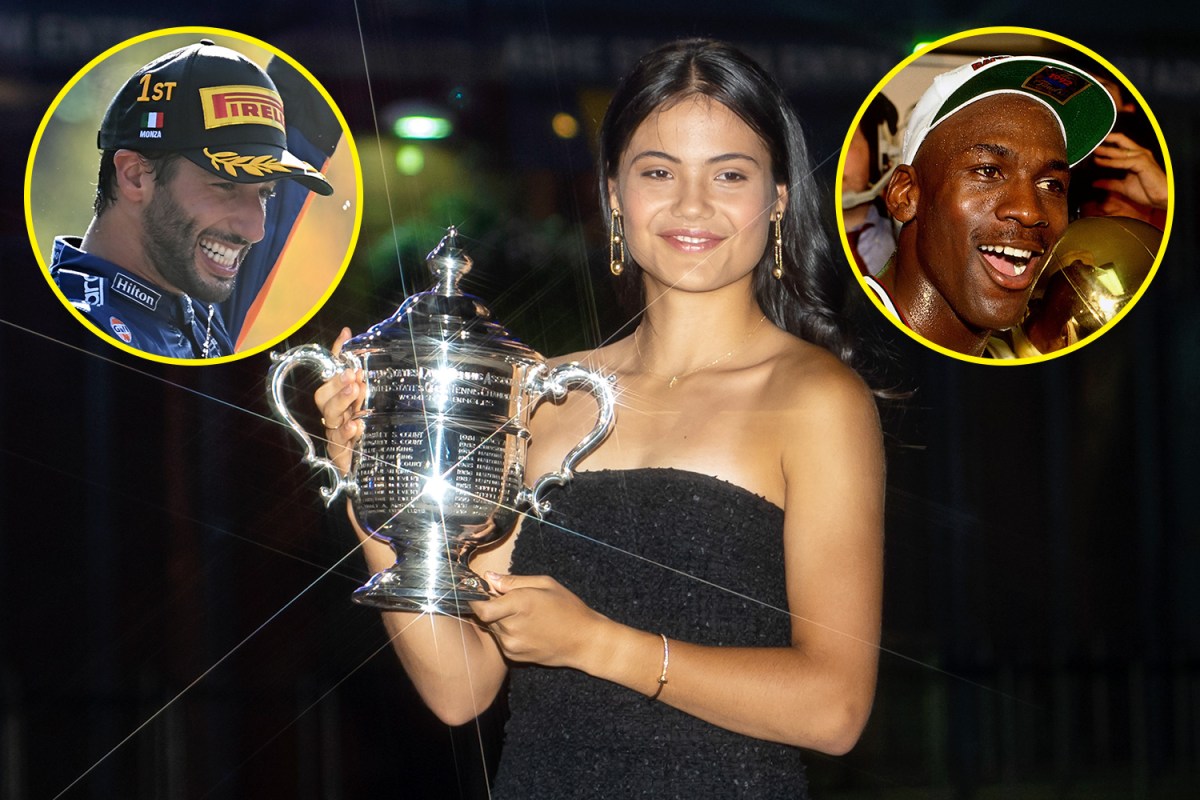 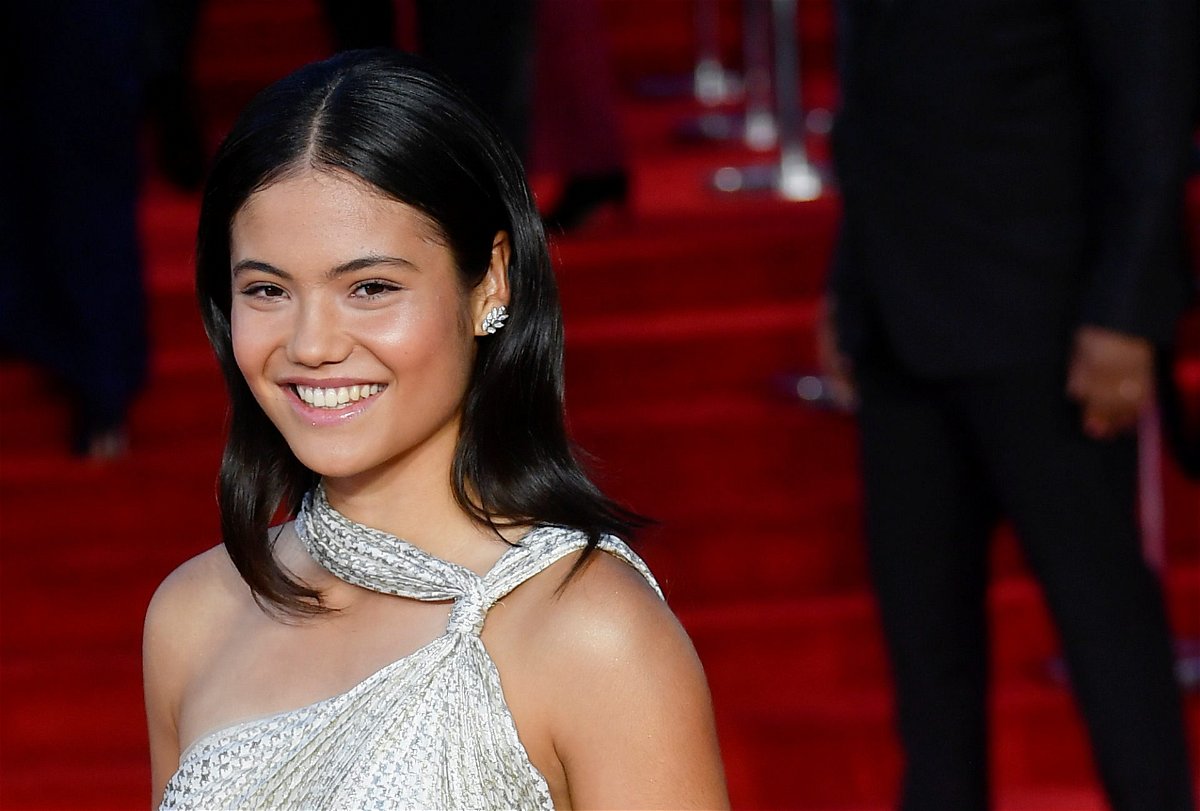