Coach Dawne Fortuin said high school student Maria Louw had to make her way to the semifinals after playing what she described as the greatest game and winning against U15 SA champion Cape Town , Lee Che de Bruyn. McCuur reportedly lost to her rival in the semifinals in 2019.

“By beating her, she qualified to play in the final against Jesse Leigh Nomdo who is a U18 and U21 SA rated player, also from Cape Town. Jesse turned out to be the stronger of the two, but as a coach I’m extremely proud of all of his accomplishments.

McCuur qualified to represent SA in the 18e World School Summer Games of the International School Sports Federation in China.

“All of his accomplishments are based on his dedication, discipline and mutual respect. She’s not a straightforward person when she doesn’t know you. She rarely shows emotion, especially when she is playing. The other players scream if they make a point and she doesn’t. That’s why we nicknamed her the silent assassin. Players, officials and coaches in other districts call her “the boss”. “

“I feel good and proud of myself. It was hard, I was nervous and excited at the same time. I could have done better, but I’m definitely going to outdo myself next time around and I’m excited for the games in China, ”said McCuur.

Fortuin thanked all of its supporters. “The Aloevale Titans TTC, of ​​which McCuur is a part, thanks everyone who helped fund, Maria Louw High School and a special thank you to Lethu Nyombolo. “ 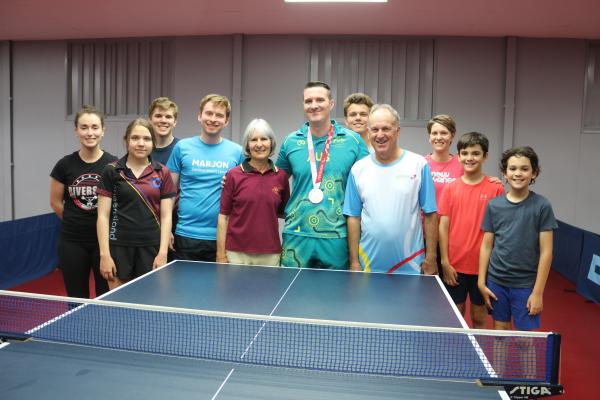