SINGAPORE – Singapore is proving to be a happy hunting ground for Chinese paddler Sun Yingsha, who won two events here in 2019 and 2021 – the women’s singles at the T2 Diamond Cup and Table Tennis World Cup finals (WTT) respectively.

And the new world No. 1 is intent on winning again here as she targets a unique double treble in the inaugural US$2 million (S$2.72 million) Grand Smash WTT, which takes place at OCBC Arena through March 20.

On the Singapore Smash media day on Thursday, March 10, Sun told the Straits Times, “There are good vibes about Singapore as the host city, which stem from the arena layout as well as the the enthusiasm of the fans, and I really enjoy competing here.

“I will consider Singapore as my lucky ground if I can win here again this time.”

The potentially punishing schedule doesn’t faze the right-handed striker as it’s nothing new to her, judging by her daily routine which sees her waking up at 7am, training until noon and resuming at 3.30pm -7:30 p.m. on days with double sessions. . For the days with triple sessions, she trains in the morning, from 3:30 p.m. to 5:30 p.m. and from 7:30 p.m. to 10 p.m.

All of her hard work paid off at the 2021 World Table Tennis Championships in Houston, USA in November when Sun won gold in women’s and mixed doubles with her regular partners and qualified for the women’s singles final, where they lost 4-2. to Wang.

Sun, who opens her campaign against Germany’s world No. 64 Sabine Winter on Friday, said: “It was a test of my fitness and my mental toughness, and I managed to get to the final in all three, so I have experience of going through such a schedule.

“Physically I felt good. The real test comes towards the end of the tournament, the last weekends when the matches are more frequent and intense as we move into the semi-finals and finals.

“What is crucial is how to plan each day so that I can balance training, competition and recovery. I think I can get used to it because the preparation is already done before the tournament, and I still hope to last until the end.”

Besides Sun, there are a whole host of Chinese superstars and up-and-comers looking to make their mark in Singapore.

World No. 2 Ma Long, who has five Olympic gold medals, 12 World Championships and nine World Cups, wants to create another slice of history by winning the Singapore Smash men’s singles event. He will face Portugal’s 26th-placed Marcos Freitas on Friday.

The 33-year-old, who is the first man to retain his Olympic men’s singles crown, said: “I’m not really a legend yet as I haven’t retired. Maybe when I retire. retire and look back, I can say that I’m leaving a legacy like Liu Guoliang and Kong Linghui.”

Previous Our ambition for gender parity in table tennis 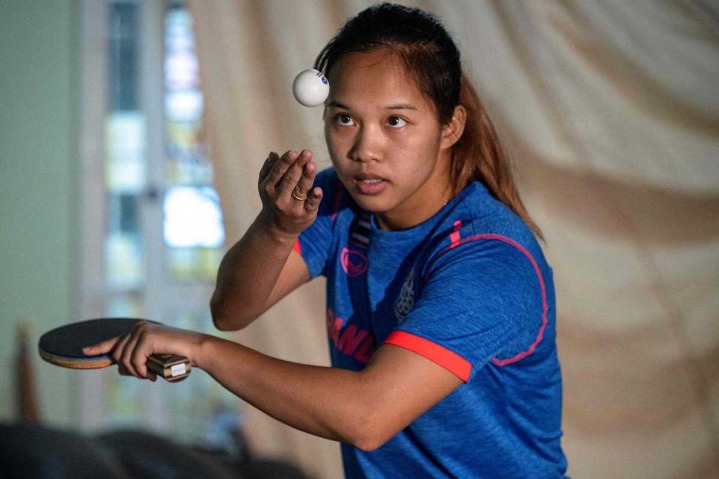