On September 23, 1974, The New York Times published an article about one of the greatest moments in Indian sports history of Poona. “India ousts Soviet Union in Davis Cup,” read the headline, recounting how a team led by the Amritraj brothers qualified for the Davis Cup final in 1974 by beating the Soviet Union.

The matches took place at the Deccan Gymkhana, a historic sporting institution in the heart of Pune town. With world-class sports infrastructure and easy accessibility, the gymkhana has laid the foundation for a sports culture in the city and spawned several international and national level sportsmen.

“The three-day matches which took place on the grass courts of the Deccan Gymkhana had attracted over 4,000 people from across the city and we had brothers Anand and Vijay Amritraj, Ramanathan Krishnan as the non-playing captain and the local boy Shashi Menon. It was the tie we won and it was huge because Alex Metreveli of the Soviet Union was the number one player for Russia and Wimbledon runner-up in 1973,” said Nandan Bal, India’s former coach of the Davis Cup.

India team in the Davis Cup encounter against the Soviet Union, 1974

A visionary and his dream

On October 5, 1906, Balakrishna Narayan Bhajekar known as ‘Bandopant Bhajekar’, with the help of the members of Poona Young Men’s Cricket Club and the enthusiastic support of his cousin LR Bhajekar, established a new sporting institution – the Deccan Gymkhana.

“Describing its vision, Bandopant personally secured donations for its creation from Maharaja Shahu of Kolhapur State, Sir Parshurambhau Saheb of Jamkhandi State and Nanasaheb, Chief Administrator of Mudhol State, who are became the first patrons of the Gymkhana. He also worked to secure generous sums from the Athalye and Sathaye Memorial Funds which helped erect the gymnasium building,” writes Neelima Raddi, Bhajekar’s granddaughter in her book Legacy.

“It must be understood that once Poona had just overcome the plague; there were also frictions in the political atmosphere. Poona was orthodox and conservative in many areas. Bhajekar’s vision of putting Indians on an equal footing with English sportsmen has often met with resistance – from not using a leather ball to banning women in sport. However, Bhajekar stood firm to pave the way for the realization of his dream,” said Shrirang Raddi, Bhajekar’s great-grandson.

Since its inception, the Deccan Gymkhana has had the support of Lokmanya Bal Gangadhar Tilak, a leader of the Indian independence movement, and gained the patronage of Lord Harris, Lord George Lloyd, Maharaja of Kolhapur, Maharaja of Baroda, Raja of Jamkhandi, Chief of Mudhol and other princely states. Politician and reformer Gopal Krishna Gokhale was the first president of Deccan Gymkhana. In 1918, Dorabji Tata became the president of the institution, where he supported the work of the Deccan Gymkhana to have India on the international map.

Along with western sports like cricket and tennis, the Deccan Gymkhana also established rules for native games like Atya-Patya, Khokho and Hututu and printed them in a booklet in 1910. In 1920, mainly through the efforts of SR Bhagwat, the general secretary of the Deccan Gymkhana and at the request of Bandopant Bhajekar, women’s sports tournaments were also held in Poona.

“In the same year, a special wrestling stadium, large enough to accommodate even 30,000 spectators, was built on our premises…provided ample accommodation for spectators at our wrestling and athletics tournaments…More than 100 competitions take place during the day, and thousands of villages around Poona attend with the townspeople…” read a statement by AR Sirdesai, General Secretary of the Deccan Gymkhana, on the day of the foundation in 1928 .

The aim of the gymkhana in organizing these competitions was “to encourage village sports and promote the physical development of the countryside”, the statement added. “The great tournaments which kept many Gymkhana members working at the Gymkhana day and night for days gave rise to the idea of ​​founding a colony for the Gymkhana workers on its premises. As a result, over 30 acres were leased for 198 years in 1921, and after about half was left for sports, the rest was developed into a colony for Gymkhana members,” the statement further read.

A passion for tennis

Under the patronage of Dr. GA Ranade, the Deccan Gymkhana hosted Davis Cup matches between India and Pakistan in 1963, against Germany in 1970 and against the Soviet Union in 1974.

“GA Ranade was very passionate about the game and ensured that Deccan Gymkhana thrived as a tennis hub. In 1970 we had the India-Germany Davis Cup where we had Premjit Lall, Jaidip Mukerjea and Ramanathan Krishnan who were legends of their time. Unfortunately, Germany at that time was too strong and we lost to Wilhelm Bungert and Christian Kuhnke, who were among the top 20 tennis players at the time,” Bal recalled.

“Then we had the draw between India and the Soviet Union where we won and I remember both games very well because it was around the same time that I was starting my tennis and we were all doing volunteering as ball boys We could see the games up close and back then we used to have fantastic crowds who knew the sport They had the etiquette of the sport like when to cheer and when not to. Foreign players appreciated that, that if they landed a good shot, they were bound to be applauded,” Bal said.

Apte said the cricket pavilion, named after Bhajekar, is where the current Deccan Gymkhana Police Station is located.

From badminton to water sports

In 1921, additional land was leased from landlord Shirole Patil and the bungalow plot project was started for members of the Deccan Gymkhana. The Vanita Vishram department was also launched exclusively for women. In 1956, to commemorate the Golden Jubilee of the Deccan Gymkhana, a Suvarna Smruti Hall was built along with two badminton courts.

“Bandopant has often complained that Pune, crossed by two rivers, still does not have adequate bathing facilities for citizens. It has been proposed to create a swimming pool from the rocky banks of the river adjacent to the club area. This eventually morphed into the popular Tilak Tank pool we see today,” writes Neelima Raddi.

“Bandopant’s principles would not allow it to neglect women’s physical health and fitness. According to him, it is of vital importance that women actively benefit from sport and education. Her unshakeable belief was that the future of a nation depended on the physical and mental strength of its women,” writes Neelima Raddi.

The Deccan Gymkhana currently has a large number of women as active sportswomen and members and this year launched the ‘BN Bhajekar Best Women Athlete Award’ to recognize outstanding athletic performance by women.

Currently, the Deccan Gymkhana houses a cricket ground with a pavilion, 11 tennis courts (hard and clay), 50m and 25m Olympic size swimming pools, four basketball courts, three volleyball courts, billiard halls and snooker, table tennis, card games facilities and a well equipped gymnasium. “Many members of the Bhajekar family practiced sports to some degree. I too played basketball at the Gymkhana premises when I was a kid… but if you ask me it was only my great uncle Ram Bhajekar who played professional sports and later became part of the Ranji team for Maharashtra,” said Shrirang Raddi.

Bal said that while the club, which is over a century old, has grown and modernized, it still retains vestiges of a local, down-to-earth atmosphere. “It’s always been one of the few clubs who have maintained that sport is the most important thing. If you want to find a good sporting environment with a good atmosphere to play and do sport, I will always think of Deccan Gymkhana,” he said.

Next Nazara Technologies obtains 6.05% of the capital of Absolute Sports 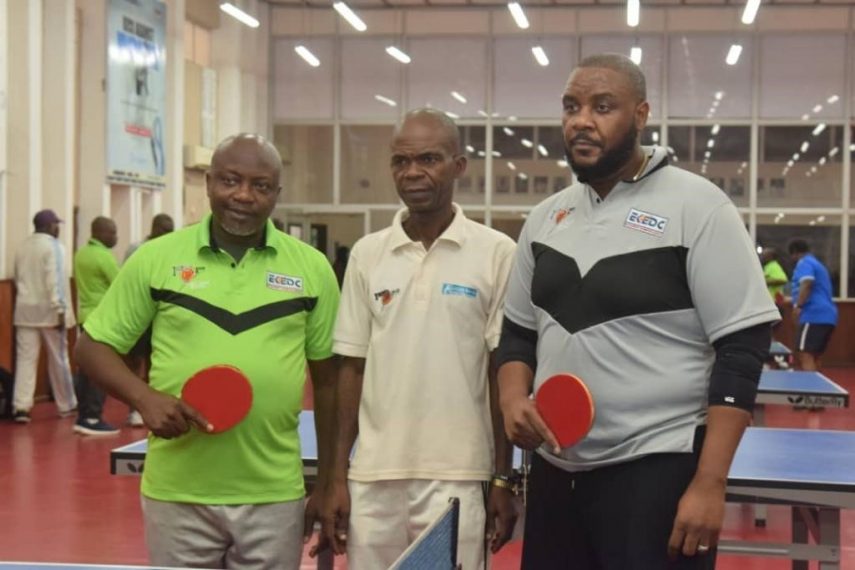 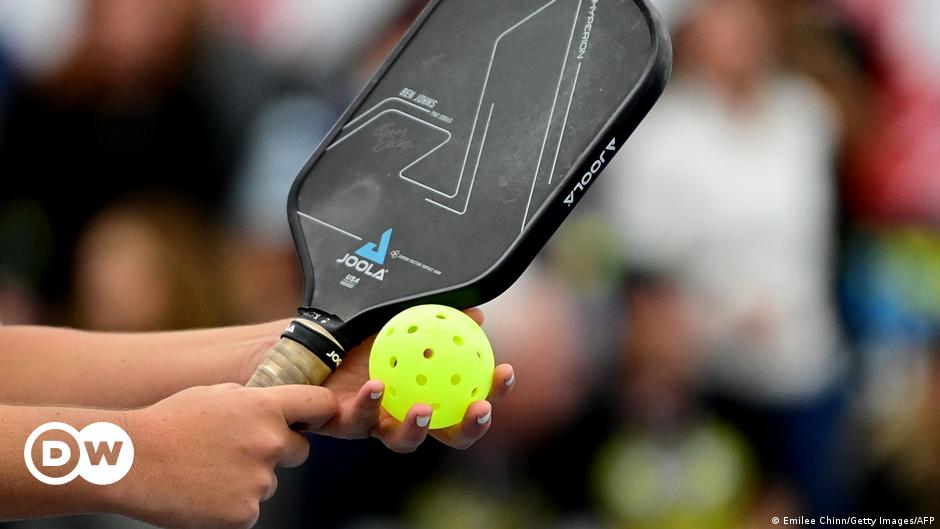 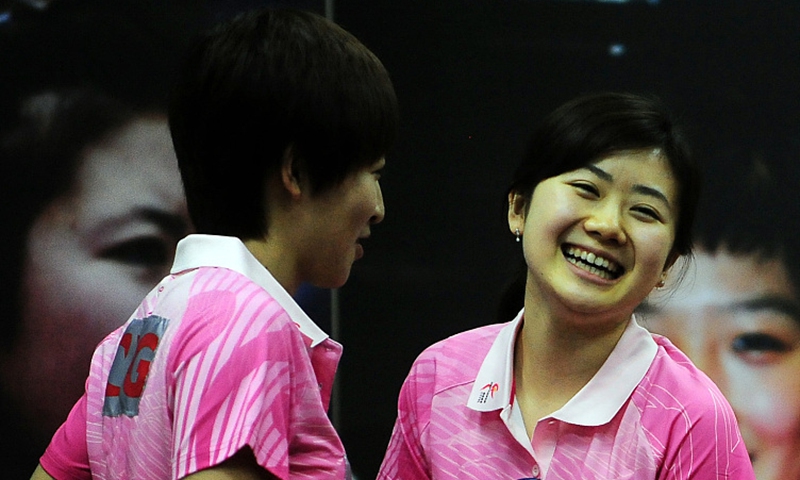