German cycling sporting director Patrick Moster was forced to apologise after he was heard on camera making racist comments during the Menâ€™s Olympic Road Time Trial.

The comment was heard on live German TV and ARD commentator Florian Nass described it as â€œtotally wrongâ€.

â€œWords fail me,â€ he added. â€œSomething like that has no place in sport.â€

Moster claimed he made the comments â€œin the heat of the momentâ€ and apologised to German media.

â€œI was in the feed zone and cheered on Nikias Arndt,â€ he told DPA.

â€œIn the heat of the moment and with the overall burden that we have here at the moment, my choice of words was not appropriate.

â€œI am extremely sorry and can only offer my sincere apologies. I didnâ€™t want to offend anyone.â€

American superstar Simone Biles has pulled out of defending her all-around competition Olympic title to focus on her mental well-being.

USA Gymnastics said in a statement on Wednesday that the 24-year-old decided against taking part, a day after she withdrew from the final of the team event after one rotation as she felt she wasnâ€™t mentally ready.

Biles will be evaluated again before it is decided whether she will participate in the individual events next week.

The statement read: â€œAfter further medical evaluation, Simone Biles has withdrawn from the final individual all-around competition at the Tokyo Olympic Games, in order to focus on her mental health.

â€œSimone will continue to be evaluated daily to determine whether or not to participate in next weekâ€™s individual event finals.

â€œWe wholeheartedly support Simoneâ€™s decision and applaud her bravery in prioritising her well-being. Her courage shows, yet again, why she is a role model for so many.â€

Jade Carey, who finished ninth in qualifying, will take Bilesâ€™ place in the all-around.

Team USA secured their first win at the Tokyo Olympics on Wednesday in a result that will do little to quiet the storm of uncertainty surrounding the gold medal favourites.

Against a completely outmatched Iran, the United States ran out 120-66 winners in a thrashing that saw relatively muted celebrations from a bench filled with NBA All-Stars.

The win came just three days after the United States went down to France â€“ their first loss in 17 years at the Olympics â€“ as reports swirled of a roster â€œfrustratedâ€ with their head coach Gregg Popovichâ€™s system.

Team USA stars were â€œgrumblingâ€ on their way back to the locker room after falling to France, according to a report in The Athletic. After dealing with Iran comfortably, there were no such complaints.

While Team USAâ€™s rivals, like Australia, France, Spain and more, have closed the talent gap, Wednesday was a little throwback to the old days as Kevin Durant, Damian Lillard and co. did what they wanted against Iran, who looked out of ideas from the get-go.

At times it felt like bullying as Team USA blocked jump-shots, or forced air-balls, before running out on offence and scoring in whichever way best pleased them in the moment.

The United States had hit 13 three-pointers by half-time. They finished with 19 for the game.

Lillard top-scored with 21 points â€“ all of those coming from beyond the three-point line â€“ in a performance that ultimately didnâ€™t teach us much.

The United States will next play the Czech Republic on Saturday, July 31.

Simone Bilesâ€™ withdrawal from the gymnastics team final on Tuesday led to toxic criticism by some who claimed she should have carried on despite her mental health issues.

But those suggestions are going down like a lead balloon, with many defending Biles over her brave decision.

Fans are pointing to her immense dedication to Team USA over the years, in which sheâ€˜s claimed four gold medals, and the intense pressure thatâ€™s placed on her as the nationâ€™s leading athlete.

Two commentators have created a stir on social media over a tense exchange while calling a menâ€˜s volleyball match.

The tensions began to rise between the pair during USAâ€˜s showdown against Tunisia after it was suggested that the Americans had once thrown a game years ago.

The other commentator wasnâ€˜t impressed by the suggestion, which gave way to some hilariously awkward TV gold.

A Greek table tennis commentator has reportedly been fired from the Olympics after he made horrible comments about a South Korean player.

ERT television reportedly fired journalist Dimosthenis Karmiris for racist remarks he made during the match between Koreaâ€™s when Jeoung Young-sik and Greeceâ€™s Panagiotis Gionis.

â€œTheir eyes are narrow so I canâ€™t understand how they can see the ball moving back and forth,â€ Karmiris reportedly said while allegedly making hand gestures and laughing.

â€œRacist comments have no place on public television,â€ ERT said in a statement. â€œThe collaboration between ERT and Dimosthenis Karmiris was terminated today, immediately after the morning show.â€

OARSOME FOURSOME: Who is Australiaâ€™s new crew â€” and can it win gold?

WORLD VIEW: Simone Biles â€˜greatestâ€™ move may be her last, and we all should have seen it coming

German athlete Martyna Trajdos has clarified shocking footage that saw her was shaken and slapped in the face by her coach before a Judo fight.

It came prior to her elimination in a round of 32 fight against Hungaryâ€™s Szofi Ozbas.

The German judoka marched out to the fight and stopped on the side of the mat before turning to coach Claudiu Pusa, who dropped the bag he was carrying and shook her violently.

He then slapped her on both the left and right cheek.

â€œI wish I could have made a different headline today,â€ she added.

â€œAs I already said, thatâ€™s the ritual which I chose pre-competition! My coach is just doing what I want him to do to fire me up.â€

A distance runner from Oregon who took part in the 2016 Rio Olympics had her dreams of competing at the Tokyo Games dashed after being threatened by a stalker who pursued her for three years.

Emily Infeld, of Portland, was training for her second Olympics when a stranger became obsessed with her in 2018, according to a new ESPN profile that described her nightmare with the alleged stalker, Craig Donnelly.

Just weeks before the Tokyo Games, a security team member she had been connected with through her sponsor, Nike, called to tell her about â€œsome troubling news,â€ according to the profile.

â€œWe have some troubling news,â€ she recalled the man told her.

â€œYour stalker â€¦ has rented a place two miles away from your house. And he has posted on LinkedIn that he was coming to Portland specifically to kill you.â€

Infeld, who placed 11th in the 10,000-meter race in Rio, and her fiancÃ©, Max Randolph, decided to flee from Beaverton, where she trained, to Atlanta.

â€œIâ€™d worked so hard to become a good runner, but in a singular moment, it felt like all of that was being taken away from me,â€ she said.

â€œMy life was no longer in my control. I mean, I was running away from my home and I kept thinking, â€˜Is this even real? Is this really happening to me?â€™â€

Donnelly, 36, a former distance runner himself, suffering an epileptic seizure while running in 2016, according to the ESPN report. He fell and hit his head, which led to emergency brain surgery in which a portion of his brain was removed.

When she logged onto Facebook Messenger, she found dozens of messages from him and later received voicemails about future wedding plans. Donnelly also sent several FedEx packages to her home, according to ESPN.

Infeld was eventually granted a permanent stalking protective order and didnâ€™t hear from Donnelly for 16 months, but he re-emerged on social media last year, when he claimed he had been her coach and even that he was her ex-husband, according to the report.

In June 2020, he moved to Portland. After the couple fled to Atlanta, Nike pressured Infeld to return to Oregon in late July to satisfy her race requirements, according to ESPN. The company denied that to the sports network.

â€œIt was implied to me that if I didnâ€™t return to race, there was a high likelihood that my pay would be cut, without consideration for the pandemic or my situation,â€ she said.

Nike said in a statement to ESPN that it â€œdid not mandate what races Emily ran in as a Nike athlete; those decisions are left up to the athlete and their teamâ€ and that it â€œtook this matter extremely seriously and put Emilyâ€™s safety first.â€

Donnelly, who was charged with six counts of violating the protection order, reportedly fled Oregon.

Portland police told Infeld they couldnâ€™t take additional action because he was no longer in the state, adding that officers were â€œtied up with the daily, sometimes violent, protestsâ€ that engulfed the city after George Floydâ€™s death last summer, according to ESPN.

On June 4, Donnellyâ€™s mother emailed ESPN saying that authorities in Tennessee had arrested her son at a motel.

â€œHe actually called us,â€ Brentwood Police Assistant Chief Richard Hickey told ESPN. â€œHe called us because he felt like he was the victim of a scam where somebody was trying to steal his money.â€

The suspect told investigators he had a traumatic brain injury and was not taking medication.

The US Attorneyâ€™s Office in Portland has charged Donnelly with cyberstalking and interstate violation of a protection order, both felonies.

â€œWe still put this bar under our door at night, we still have our security system up, and I think weâ€™re just going to keep that in our everyday routine,â€ said Infeld, who did not qualify for the Tokyo Olympics.

â€œI donâ€™t understand the word surprise â€” that sort of disses the French team, so to speak, as if we were supposed to beat them by 30 or something. Thatâ€™s a hell of a team.â€™â€™

Other than Gobert, the only other big-money Frenchman is Evan Fournier, who starred Sunday and as a 2021 free agent is expected to net a contract starting at $15 million. That figure would still make him the 11th-highest paid player on Team USA.

Only Durant had no excuses for Team USA getting outscored 16-2 at the gameâ€™s close.

â€œWe all had good looks, we just didnâ€™t knock them down,â€™â€™ he said.

Now there are 303 million reasons Team USA should bounce back with a vengeance.

US gymnastics great Simone Biles withdrew from the womenâ€™s team final citing mental health concerns and it brought out both the best and worst of the sporting world.

Biles, who won four gold medals in the 2016 Rio Games, said she does not â€œtrust herself as muchâ€ as she used to after pulling out following her opening vault on Tuesday.

There was plenty of support for Biles, with NBA star Karl-Anthony Towns tweeting: â€œSending nothing but love and positivity to the @Simone_Bilesâ€.

Not everyone was full of praise for Biles though and that had UFC star Ronda Rousey fired up.

â€œEveryone judging @Simone_Biles doesnt know their foot from their a**hole when it comes to being in her position,â€ she wrote on Twitter.

â€œShes on the Olympic team while youâ€™re on Twitter. Whatever is going on cannot be grasped from outside.Sheâ€™s doing the absolute best she can given the situation sheâ€™s in.â€ 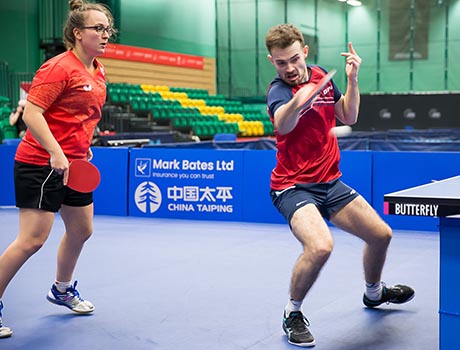 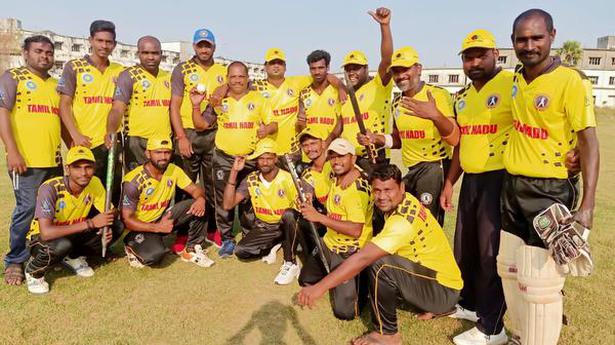 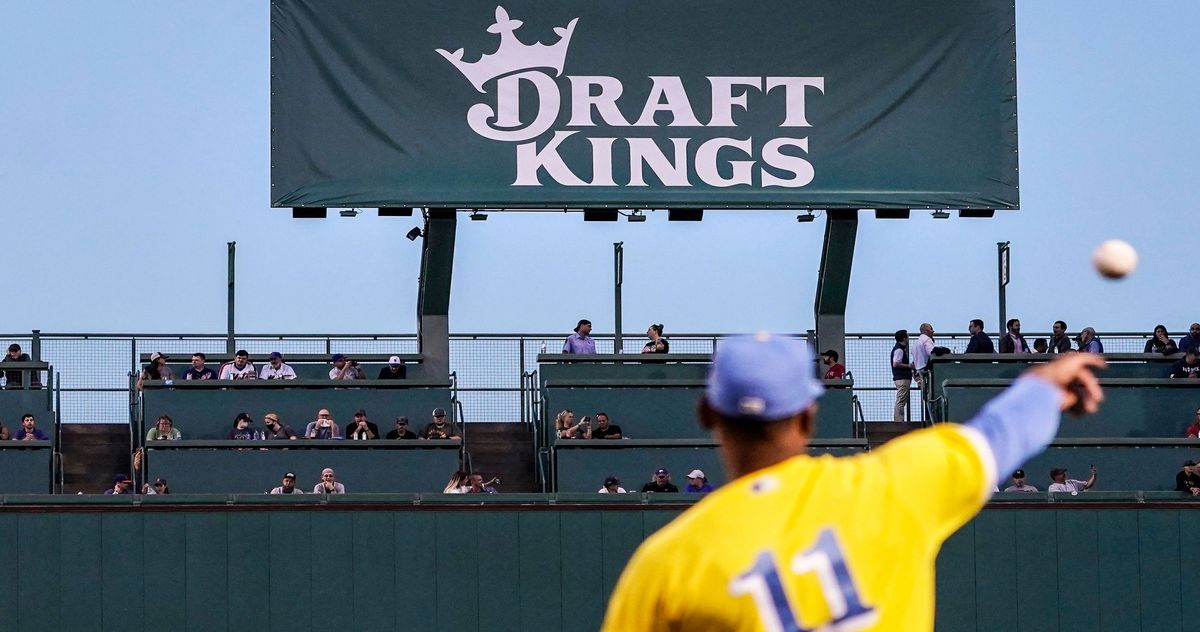 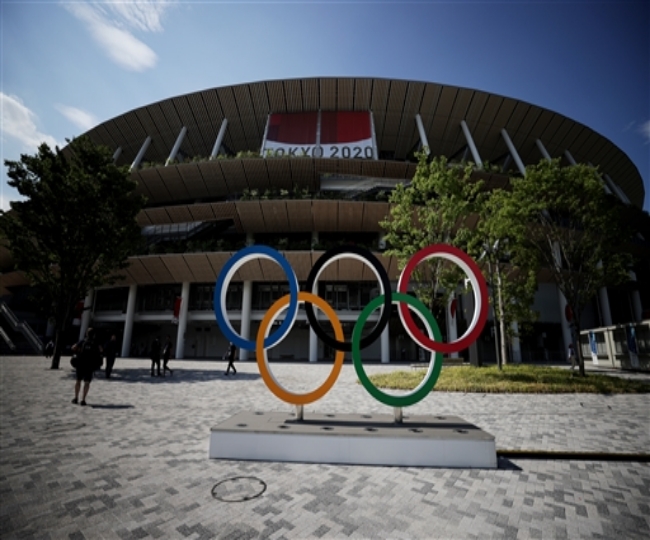