The Mathur sisters are really good individually as they shined in the regular season posting a combined 36-10 singles record.

Together they could even be better, as they showed this week at the Div. I Springside tennis sectionals. They are now 7-0 in doubles this year and won a section title on Saturday with back-to-back wins.

At the head of the table, the pair hit their district ticket on Thursday and returned to Springside over the weekend for ranking purposes and to take their chances on a section title. With the section title, the sisters will be the No. 1 seed in the Springside section, positioning themselves well for next week’s district tournament.

By winning the title, the pair became the first Wooster female tennis player to do so since Vicki Nelson-Dunbar.

“It’s amazing how much they’ve done this year,” Generals coach Justin Crooks said. “They had a great year in singles and then went on to doubles, where you play with someone else. Doubles is a different game, but they play so well together.

They started off with a 6-4, 6-2 victory over No.3 seed Ally Haynes and Jo Oberhaus of Highland. In this battle, the pair showed the courage and courage needed from elite contenders as on several occasions they went two-way before putting their opponents aside.

“[Haynes/Oberhuas] are both strong players and could easily have been the top seed, ”said Crooks. “Winning this game was impressive because some of those games were close. Sophia and Ava played really well when they did and it was great to see.

“At this level, nothing will be easy for the future,” added Crooks.

In the section title match, the Mathurs clashed with the No.1 seed, also of Highland, with Sarah Sgambati and Wren Marquis. That tandem had been altered slightly due to injury, as Highland had to substitute their No.1 junior varsity player Wren Marquis for star Maddie Pawlak. This tandem was always tough as they ran the table for the title game before the Mathur sisters put on the show and dominated for a 6-0, 6-0 victory.

“It’s really amazing,” Crooks said. “I’m really excited for them because it puts them in a perfect position for a shot in the state.”

Emma Boreman and Alexia Kakanuru were in the lower half of the bracket and were looking to make it a showdown between Wooster for the section title. The pair had entered the seedless section and had a tough road to go, but getting to this round was huge. They opened by giving Sgambati and Marquis everything they could manage before falling 6-4, 7-5. They then fell to Haynes and Oberhaus 6-0, 6-3 and will enter the district next week as a No.4 seed.

“[Boreman/Kakanuru] were just a few points away from winning the first set, ”said Crooks. “They fought in the second set and I’m really proud of their fight.”

Nothing has become easy for the pair and for next week it will still be a tough road as they look to extend their season.

“They had the hardest route of all,” said Crooks. “Go from unranked to 4-2 and be in the districts. They play next week and anything can happen, especially with the combat and the resilience they have shown every time there. “

Both doubles teams will be in action again Thursday at Springside to begin district action.

A slow start only delayed the inevitable as Chippewa’s Ally Murphy and Katie Harlan got over some early nervousness on Saturday at the Div. II Sectional Springside. The tandem finally got it by clicking all of the cylinders and it spelled the fate of the rest of the field as they clinched a section title.

Earning a 6-4 win to start their day, they were able to settle in and embark on a 6-2 win that put them in the Section’s title game.

“They really calmed down and played well,” said Chipps coach Nick Pandrea. “I was really proud of them for their tenacity in overcoming those first nervousnesses and calming them down.”

They went on to clinch their section title with a 6-2, 6-1 victory over Manchester’s Ella Burris and Emily Le.

“It was a dominant performance in the final,” said Pandrea. “Both teams played very high level doubles points.

“They come together and play together as a team in every game. They really picked the right time to culminate.

The pair will now kick off their district action Friday morning at Springside at 9 a.m. as a seed and will only need two wins to punch their ticket to declare. 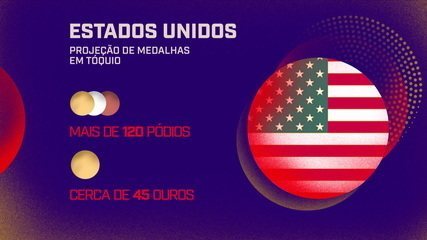